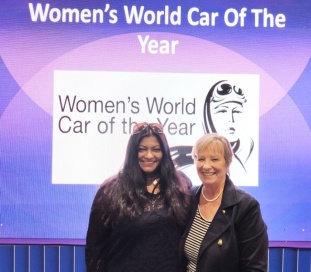 Ever since I bought a home in Spain, visiting Andalusia, a Moorish empire named Al-Andalus (Arabic for “land of the west”) has been top of my agenda to immerse myself in the history and character of the Iberian Peninsula. This year, my Andalusian road adventure lasted three weeks filled wandering through narrow, white washed alleys, relaxing siesta, tapas bars, historical monuments, lush green gardens and so much more. I drove to over nine cities but my experiences in Seville, Granada and Cordoba were the most memorable.

I started my journey from the Hilton Garden Inn Sevilla after a refreshing nights sleep and headed to Seville City, the heart of Andalusia surrounded by gorgeous buildings with a vibrant flamenco and tapas scene. Seville is after all a city full of art, rich history and colorful culture.

Seville’s beautiful Moorish Giralda tower was visible from a distance as during Moorish times, it served as a minaret and watchtower. I headed straight to the Alcazar and basked in the grand architecture and the beautiful gardens. The palace was occupied from Roman times but later expanded to form the great court of the Abbadid dynasty and each corner is breathtaking.

Seville’s cathedral was a sight to see with tombs, a courtyard of orange trees and afterwards it is great to explore the old Jewish Quarter with vibrant alleys filled with souvenir shops. The Las Setas, a modern art structure and canopy is impressive and the Metropol Parasol offers great photographic opportunities. The historic Buhaira Gardens was where I left my heart. It is stunning and one can spend hours in awe of it.

Going back to the Alhambra in the historic city of Granada never loses it charm no matter how many times you visit the palace and its impressive and very extensive gardens. Exploring the attraction alone is never enough. After a full day in the Al Hambra, I still ventured out to a nearby hill (Mirador de San Nicholas) to see the building in all its grandeur at sunset.

The afternoons are best spent wandering around Calle Caldereria Nueva for some tapas, tea and to enjoy Hammam baths that compares with the ones we have here in the Arab world and in Turkey. Baths played an important role in Muslim life and you can relive the experience in modern day steam bath venues. Shopping in Granada is a must as you get the best quality souvenirs and at a lot more reasonable cost than other cities in the area.

In Cordoba I stayed in a convent that was later designed into a boutique Hotel. The city was great to walk in and features one of the world’s greatest Moorish buildings, the Mezquita, at its heart.

My first stop was the Mosque of Cordoba followed by the Roman Bridge of Cordoba, Calahorra Tower, the Roman temple of Cardoba, the Museum of Fine Arts of Cordoba, Medina Azahara and the Royal Botanical Garden of Cordoba.

Built between the 8th and the 10th century, Cordoba’s mosque is a beautiful example of Spanish Islamic architecture and brought back memories of working on the publicity of my first architecture project in Dubai for the Andalusia Court in Ibn Battuta Mall.

The evenings were a delight in Andalusia in general as we enjoyed the extravagant Moorish architecture and the exuberant street life of the different cities. There is always a lot going on in Andalusian cities and its picturesque cobbled streets as you encounter historic monuments, tapas bars and fiery flamenco at every corner.

A snapshot of all things lifestyle by Island girls Shereen Shabnam and Natasha Dury. View all posts by Business & Lifestyle Publishing